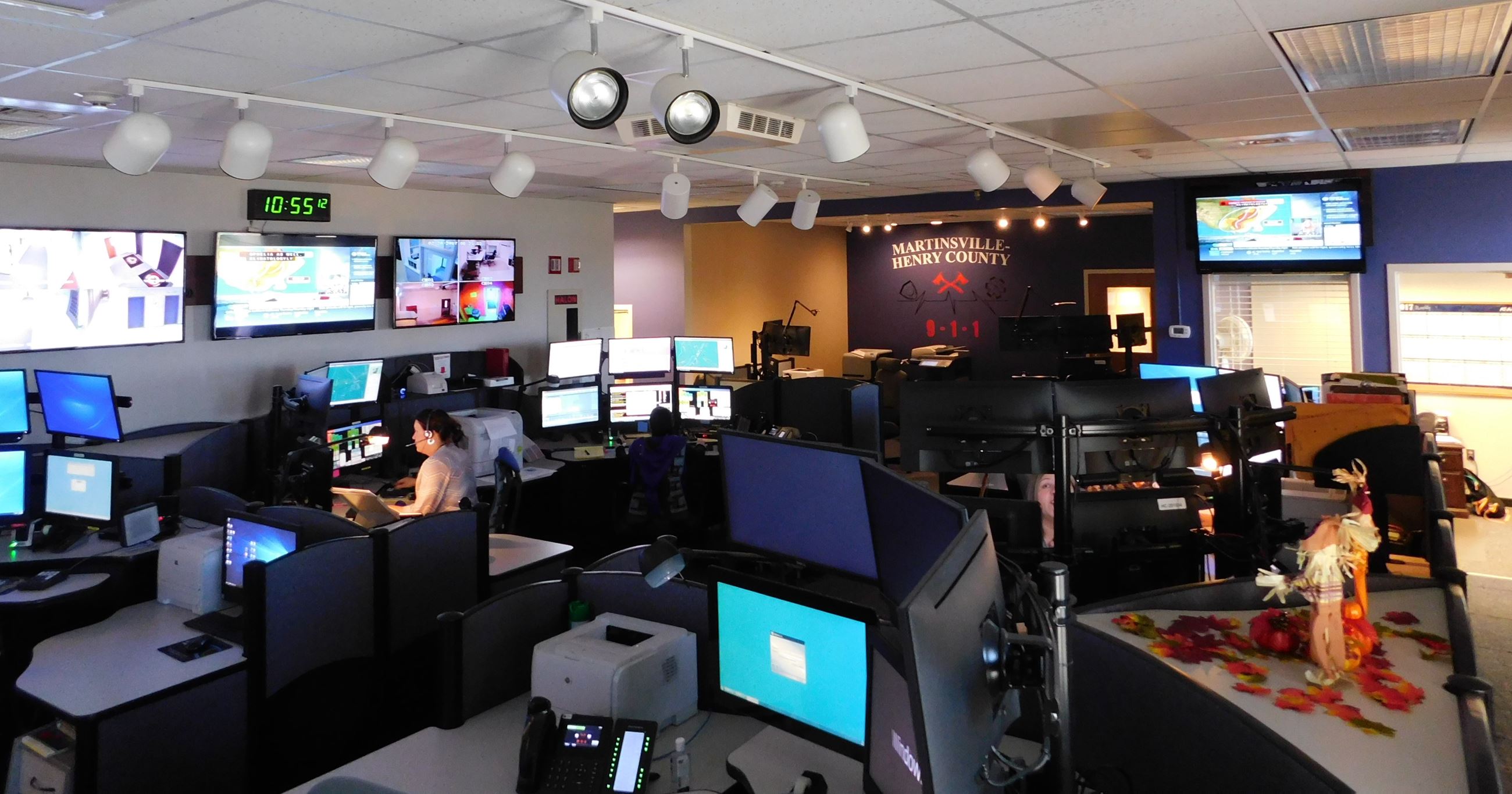 The Martinsville-Henry County 911 Center is the Public Safety Answering Point (PSAP) for Henry County and the City of Martinsville. The joint dispatch center was established in 1990, they processes emergency calls for services and dispatch the appropriate response agencies. The 911 center is responsible for dispatching law enforcement, emergency medical services, and fire departments for the city and the county.

The Martinsville-Henry County 911 Center is an Emergency Medical Dispatch certified agency, as of October, 2012. The Center has 26 certified Emergency Medical Dispatchers. These EMD's are trained to asked a series of questions, which are used to prioritize each call and relay pertinent information to responders. EMD's are also trained to provide life-saving pre-arrival and/or scripted medical instructions to callers, to assist them, until emergency medical services arrive. Telecommunicators truly are first-responders.

The Martinsville-Henry County 911 Communications Center is an independent agency. The 911 Director is responsible for the day to day operations of the 911 center. The director answers to a six-member Board of Directors which consists of:

The Martinsville-Henry County 911 Center will strive to provide the most effective and accurate communications possible. It is our goal to provide the public with an appropriate response to their calls for assistance. We are dedicated to serving as the vital link between the citizens and visitors of Martinsville and Henry County, and the Public Safety organizations through responsiveness and technical excellence while in partnership with our entire 911 team. We will be lifelong learners, accepting our responsibilities, challenges and necessary changes with a willing attitude as required by our profession. This agency will carry out all tasks with an eye towards the future and will strive to make innovation, cost effectiveness and cooperation our standard.