Henry County and its partners have worked for more than 15 years on the purchase, preparation, and unveiling of the Commonwealth Crossing Business Centre. The area’s pre-eminent industrial park sits on the Virginia-North Carolina line; in fact, the entrance to the park is in North Carolina and the industrial sites sit in Virginia. This strategic location allows us to draw labor from both markets, which is an attractive option for our current and potential tenants. We have known all along that entrance improvements would be needed as CCBC began to gain tenants. That time has arrived. 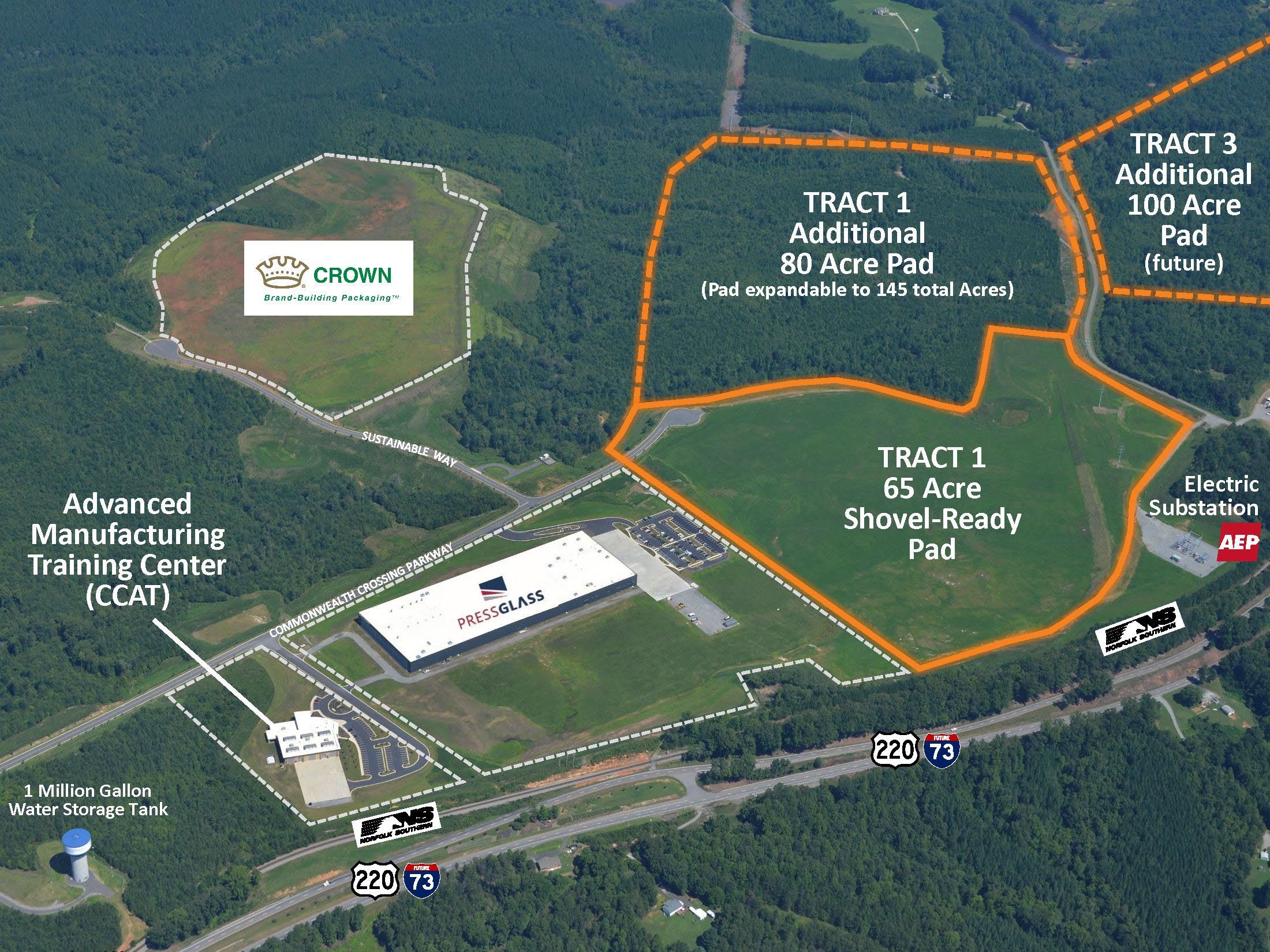 CCBC landed its first client, Press Glass, in 2018 and it is fully operational today. Press Glass anticipates hiring 212 people for its first phase, and is already at about 140 employees. A planned Phase 2 is expected to double the size of the facility and hire an undetermined number of additional employees.

In January 2021, Crown Holdings announced it was bringing a $145 million facility to Lot 4 at CCBC. This is the single-largest initial capital investment in the history of our locality.

Crown‘s facility is under construction and the company hopes to be fully operational no later than first quarter 2022. This new facility will operate 24 hours a day and produce an average of 5,600 cans a minute. Crown employees will average $49,000 annually, which is substantially higher than our average per-capita wage of roughly $24,000.

Crown also anticipates having 50-55 trucks a day entering and leaving its facility. At full buildout, we estimate CCBC could play host to more than 3,500 employees for a number of companies.  That’s a lot of traffic, and therein lies the urgency of this request for $2.5 million for access improvements to CCBC.

Henry County is working with the North Carolina Department of Transportation (NCDOT) and with Rockingham County, NC – our neighboring county in which the CCBC entrance lies – to develop a scope of work to improve traffic movements and safety serving CCBC.

Through the work of our federal representatives, and those who serve our North Carolina neighbors, we are requesting funds for the “CCBC Safety Improvements Option 1A” project.

More information about Commonwealth Crossing is available at: https://commonwealthcrossing.com/